Safety & Security Films can and have saved many of lives and potential damage. Safety & Security Films have been used around the world for decades.  Major government facilities in the U.S. Globally included. Schools have also benefited from the added layer of protection that safety film provides. Compared to laminated glass, Security film is a much more cost-effective option.  As a result of the events of the past several years, there is an increased emphasis on school safety. Most notably, discussing what steps can be taken to avoid incidents from occurring in the future. 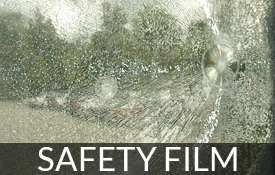 A recent article in District Administration entitled “Building Blocks of a School Security Plan”, discussed strategies improve the safety of a school. What they discussed was utilizing Security Window Film to make it harder for someone to forcefully enter a school. Safety film is window tint and A-1 window Tint installs safety film.

The article states:“Make your building perimeter harder to penetrate. If you already have locks on your outside doors, the next item you should consider on your list is security film. After the doors, the next obvious place a person with bad intentions will try to enter the building is through your windows. Security film tint maintains the integrity of the window, even if the glass is broken. It helps to hold the glass in place, even with a sledge hammer or baseball bat. Acting as a screen that is difficult to breach. Make sure that your plan is based on principles such as distance or time. Ask yourself, Does this security device offer my community additional time by delaying the threat?”